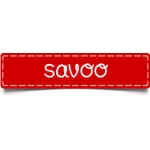 Now, building on the success of last year’s competition, Annie is handing over her crown to Ricky who has been named 2013’s Smartest Shopper. After he caught his breath, Ricky sat down with us to tell us all a bit more about himself.
What’s your name and where do you come from?

Hello, my name is Ricky Willis and I come from Tunbridge Wells in Kent.

What do you do for a living?

I am currently a stay at home dad, looking after the children and the home whilst my fiancÃ©e Naomi works full time.

What made you enter the UK’s Smartest Shopper competition?

Savvy Annie, last years winner, mentioned to me about Savoo’s Smartest Shopper competition on Twitter. The idea of the cash prize was amazing but it was also the 12 month blog package that came with it that really captured my imagination as I currently write a blog which features money saving as well as other topics.

How did you think the finals day interview went?

I was quite nervous in the morning of the finals but when I got the the venue, I popped into the bathroom just before seeing the judges and gave myself a good pep talk in front of the mirror. This gave me the fire in my belly to face them and be passionate about how I save money and why I think I deserved the title of the UK’s Smartest Shopper.

How were the judges – scary?

The judges were really friendly and welcoming. It helped a little as I have done some research beforehand so I knew who they were and could put a face to the name. I was a bit disappointed that I didn’t get AThriftyMrs autograph! She is a legend in our house with her money saving ideas!

What’s been your greatest ever saving?

My greatest ever saving was back when I was 22. At the time I really wanted a pair of Rayban sunglasses but at a cost of £90 I was never going to afford them. Locally there was a shop which sold the sunglasses I wanted. As I walked past one day I notice a closing down sale sign on the door. I went in to see if the glasses had been discounted and were, to my joy, only £65! I approached the manager to see if he would knock any more money off. He said he couldn’t but if I bought more than one pair he would consider it. Well, I ended up buying his last 7 pairs for a total of £210! I sold 6 of the pairs for £50 each making £90 for me and I had my glasses.

What are you going to do with the money?

Ummm…there are so many things I would like to do with the money and I obviously can’t do all of them. The main thing will be clearing financial commitments I have but, on from that, I want to make the money work for me. This may involve investing in my blog or a small business of some sort. I truly want to build on this award and start to create a bright future for my family.

Have you got any thoughts on a name for your blog?

I currently write a blog called Skint Dad which does cover budgeting and money-saving along with other things. That said, I do have some exciting plans for the future which include a new blog idea, involving all the family.

Are you looking forward to working with the team at Savoo?

Definitely! As I said previously, the money part of the prize is fantastic but I also want to take the opportunity over the next year and beyond to work in conjunction with the Savoo team to enhance my blog. I feel with Savoo’s expert guidance I can create a truly informative and money-saving site.

What next for you now?

To be honest I will carry on as I am now; Living a frugal life, saving money, writing my blog and looking after my children. 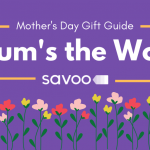 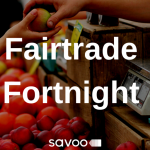 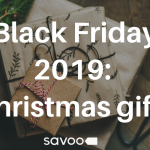 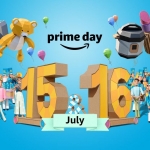 Amazon Prime Day 2019: How to get the biggest discounts 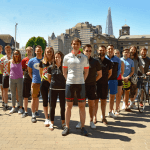