Up to 80% off Outlet Items at Jones BootMaker

20% off orders at Ann Summers

£25 off all orders at Virgin Balloon Flights

Up to 45% off Car Parts at Euro Car Parts

50% off all orders at Arista Living

Up to 80% off Sale Items at The Cake Decorating Company

Up to 40% off First order at Euro Car Parts

50% off Selected orders at Hot Octopuss

£10 off all orders at Virgin Balloon Flights

15% off orders at Ann Summers

20% off all orders at Juicy Couture

40% off Selected orders at Hot Octopuss

Up to 60% off Outlet Sale Items at Never Fully Dressed

10% off orders at Ann Summers

30% off Boutique Range plus Free Delivery at Glasses Direct 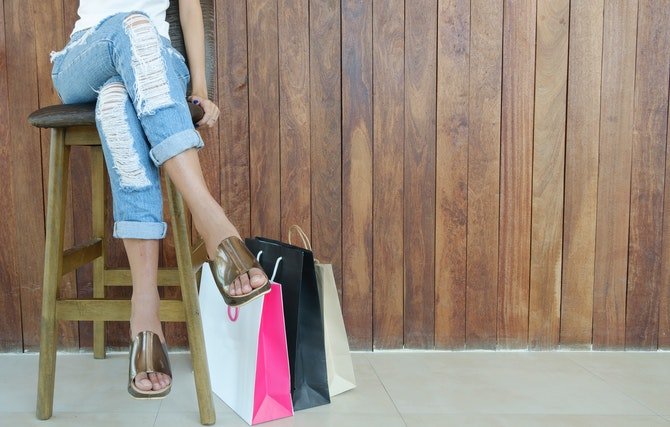 What is Singles Day?

Singles Day is becoming one of the biggest shopping events of the year. China’s equivalent of Amazon, Alibaba began using the Chinese Singles Day as a promotional tool to encourage single people in China to shop. Singles Day itself was started as a non-commercial celebration around 30 years ago to oppose the cultural expectations to marry.

It celebrates single life and marks an occasion to party with other single friends. Since Alibaba seized the opportunity, Singles Day is now even bigger than Black Friday, with more and more retailers participating each year. While the original idea was to offer crazy deals geared towards single people, the savings have now become so immense that anyone can find a cracking deal. With savings of up to 60% across thousands of retailers you’d be crazy to miss out - whether you’re single or not.

How did Singles Day start?

One theory is that the non-commercial Singles Day was started by four male students at Nanjing University. They decided to celebrate being single on 11th November and before they knew it the phenomenon had spread around campus and subsequently around China. Thanks to social media and national news channels, Singles Day soon became recognised in the Chinese calendar. Restaurants, bars and shops began offering discounts to single people and Alibaba trademarked the term in 2012.

Alongside the shopping sales and deals, there’s also a gala jam-packed with celebrities, and one off television shows with special guests. Nicole Kidman, Pharrell Williams and Maria Sharapova were just part of the star-studded line up last year. Today, it’s by far the biggest global shopping day of the year.

Every year Singles Day falls on 11th November, or 11/11, with the number one representing bare branches - a Chinese term for being single. This year, Singles Day falls on a Sunday, so there’s no better excuse to hunker down in front of your laptop with a cuppa and bag yourself a fantastic discount. Strictly a one day affair, sales will begin at midnight. Fortunately, the Savoo money saving gurus have rounded up the very best Singles Day deals from across the web, so look no further for the biggest and best deals.

What discounts will there be?

Discover eye-watering deals on electricals, kitchen appliances, the latest tech, clothing and homeware. It’s the perfect excuse to get your festive shopping started, with heaps of outstanding discounts on gifts for the entire family. From fabulous deals on cosmetics and fragrances to unbeatable savings on games consoles, Christmas shopping will be a doddle.

Singles Day trumps Black Friday in both the US and the UK. Last year’s figures from Citigroup reveal shoppers spent 158 billion yuan (£17.5 billion) on Singles Day alone compared to a measly £2.57 billion spent on Black Friday. With year on year growth of over 30% in the UK, one thing for sure is that Singles Day is here to stay. And if anything it’s only going to get bigger. Last year high street giant Topshop saw a 900% surge in sales compared to the same day back in 2014. And they’re not alone. This year hundreds more UK-based retailers are set to cash in on what’s become the world’s biggest online event.

Get ready for thousands of epic discounts this Singles Day. Celebrate being single in style and treat yourself with one of these awesome savings from your favourite retailers.

This online shopping day originated in China and is now growing in popularity here in the UK too. Be one step ahead of the game for your Christmas shopping and beat the Black Friday shoppers with these Singles Day deals for 2020. Save big on the latest smartphones, laptops, hi-tech kitchen appliances, fashion, holidays and homeware.

Pick a charity to donate for free as you save!

Choose from one of our featured charities below, or see all charities.

Where to find the best Singles Day deals

Shop at Chinese stores like AliExpress and Shein to take advantage of the biggest discounts. Most offer free delivery to the UK. Remember to calculate tax, customs charges and post handling fees into the overall price. This is only necessary for orders over £15. Orders below this amount won’t have any extra charges, customs or VAT. Don’t forget that delivery from China can take anything from two to seven weeks.

Act fast to secure the biggest discounts. As with any online shopping sale, the best savings get snapped up instantly. Don’t hang around - these super savings won’t be around all day.

Do preparation before the day

Check out your favourite brands a couple of days in advance to see if they’ll be participating. Take a look on their website and social media channels to see if you can find any mentions of Singles Day sales.

Here at Savoo you’ll be able to find the best Singles Day deals of 2020. Bookmark this page before the big day for quick and easy access to the biggest price reductions.