The Best Cities for Retail Therapy

The past year of restrictions has left many of us desperately seeking some retail therapy. Although many of us have taken up online shopping over lockdown, nothing truly beats the hustle and bustle of visiting your favourite shopping centre and treating yourself to a coffee or cocktail after.
Many of us have missed the in-person thrill of finding our next bargain or the perfect item of clothing for an upcoming occasion. With many of us planning and looking forward to the reopening of retail around the world, here at Savoo we reveal the all-time best city for retail therapy.
To crown the retail therapy capital of the world, we have considered a range of metrics including; the number and range of shops in each location, the cost of refreshments including beer, cocktails and coffee, average temperatures and the Instagramability of each city.

Tokyo Is the Retail Therapy Capital of the World

Tokyo was crowned the retail therapy capital of the world. With 1,948 shops located in the capital this comes as no surprise. For those who are fans of antiques, it seems Tokyo is the place to be as the city boasts the highest number of antique stores of any location.
Ginza is one of the most popular shopping districts in Tokyo. The district provides a wide range of department stores as well as a wide variety of restaurants, bars and entertainment. 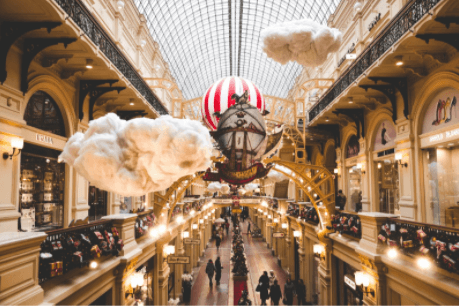 Following closely behind in second place is Russia’s capital Moscow. It seems the location is a hit on Instagram as the shopping capital had an impressive 16,899 shopping hashtags . Moscow is also a haven for those seeking a shopping bargain as the city has the third-highest volume of outlet stores in the study.
When shopping in Moscow GUM is a must-see store complete with a skylight roof and known as one of Russia’s oldest department stores, the location has hundreds of shops to offer. 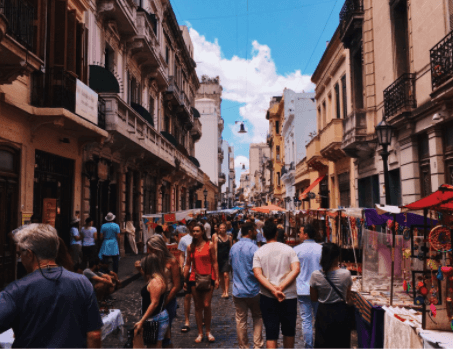 If refreshments are a top priority for your shopping trip look no further than Buenos Aires which placed third in the rankings. The city boasted some of the cheapest prices of refreshments with a domestic beer costing just £1.19 while in some of the most expensive locations costing upwards of £8. Refreshments were not the only reason for Buenos Aires’s placement in the rankings, the location also had the fifth highest temperature in the study making the location a perfect retail break for those seeking sunshine. 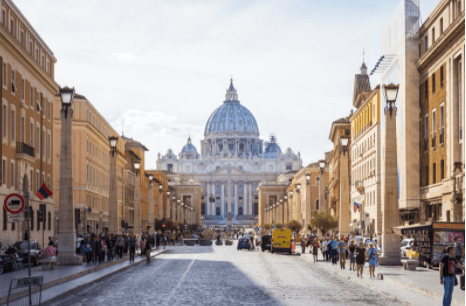 If you fancy wandering about the shops with some fresh gelato, Rome provides the perfect setting for your next retail escape. Rome was another high-ranking shopping destination taking fourth place. The city has over 700 shops on offer from high-end fashion houses to flea markets, there is a shop for everyone. The location also boasted the lowest prices of a cappuccino compared to any other location.

This iconic fashion capital claimed fifth place in the rankings. It seems as though London is one of the most Instagrammable shopping locations in the world with over 180,000 shopping hashtags per month. London’s placing comes as no surprise as it is home to some of the most prestigious designers in the world from Vivianne Westwood to Stella McCartney.

Oxford Street is one of London's most well known shopping locations. The street stretches for 1.5 miles with over 90 flagship stores to offer.

Singapore claimed first place as the sunshine shopping capital. With an average temperature in the city of 27 degrees, this comes as no surprise. If you are looking for somewhere to cool off from the summer heat the city has over 120 shopping malls to choose from.
Orchard road is one of the capital's most renowned shopping streets offering a combination of high-end fashion stores and more affordable high streetwear the location provides something for everyone's budget.

With average temperatures of 26.9 degrees, Dubia followed closely behind in second place as one of the sunniest cities for retail therapy. The shopping capital has also claimed first place as the most Instagrammable retail city in the study with an impressive 1,300,000 shopping hashtags per month.
The Mall of the Emirates is one of the must-see shopping destinations, this mall alone offers over 500 stores from high street brands to luxury goods.

With an average temperature of 18.4 degrees the greek capital Athens places third. The city offers a range of shopping experiences from traditional markets to high-end designer boutiques. Ermou is Athen’s most well-known shopping street offering a wide variety of shops for tourists.

The Most Popular Shopping Streets Across the Globe

Covent Garden, one of London’s most loved shopping destinations, claimed second place. The location boasted 1,405,983 Instagram hashtags as well as a search volume of over 100,000 demonstrating the location's popularity.

Rodeo Drive came in third place. This exclusive Beverly Hills location filled with luxury designer shops racked up an impressive 746,597 Instagram shopping hashtags along with a monthly search volume of 74,000.

Oxford street claimed 4th place and was London’s second location featured in the top 5 rankings. The street offers half a mile of shopping paradise including over 300 different shops. The street has an impressive 857,265 shopping hashtags on Instagram making it the third most Instagrammable street.

The United States also placed twice in the top 5 rankings. New York’s famous Fifth Avenue took 5th place. Shoppers have been flocking to this iconic street for over 100 years and it is no surprise as this stretch of retail heaven offers the ultimate shopping experience from high street stores to the most luxurious designers.
Whether you're seeking a bargain or looking for endless upmarket boutiques, where will your next shopping destination be?

Berlin is named the retail therapy capital of Germany 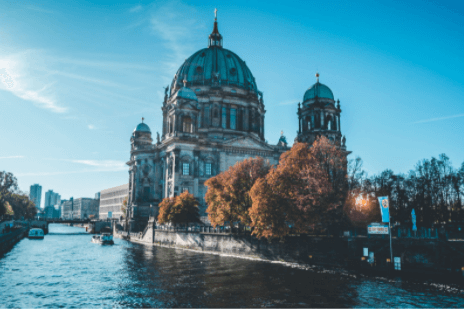 It comes as no surprise that Berlin takes the top spot as the number one city for retail therapy in Germany. The city has an impressive 405 shops while being the most Instagrammable city for retail with an average of over Instagram 45,000 shopping hashtags. If you are seeking exclusive boutiques and high-end fashion Friedrichstraße is the perfect location for your next retail therapy trip.
If you are looking for budget-friendly refreshments Dresden offers the cheapest cocktails of any city in the study at just €6 as well as a coffee costing only €2.25. The location also offers reasonable hotel prices at around €106 per night making the city the perfect shopping location if you are on a budget.
Düsseldorf was named as the shopping sunshine capital in Germany. While soaking up the sun you can visit the Königsallee boulevard which offers an extensive range of high-end shops including the flagship stores of the likes of: Prada, Louis Vuitton and Dior.

Toulon is crowned the best city for retail therapy in France 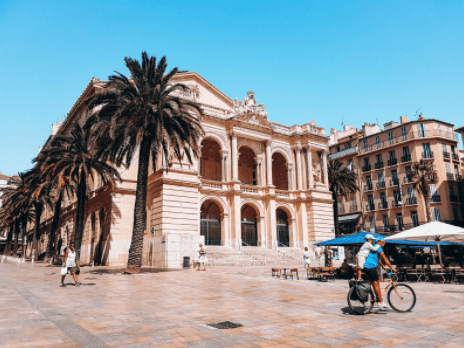 Toulon has been crowned the retail therapy capital of France. The location offered the lowest prices of cocktails and cappuccinos with a cocktail costing only €7 and cappuccinos costing just €1.42. The location's low prices of refreshments and high temperatures make it the perfect location for a sunny and budget-friendly retail escape.
If plenty of sunshine is a priority for your next retail trip Marseille provides the perfect location with the city boasting the highest temperature at an average of 15.8 degrees. Marseille also claimed second place as one of the most Instagrammable French shopping cities with 21,000 shopping hashtags.
Shockingly, France's fashion capital Paris did not make it into the top 10 rankings, instead taking 16th place. Paris’s placing was largely due to the high prices of refreshments, clothing and accommodation in the city. However, Paris was crowned the most Instagrammable shopping location in France with over 88,000 shopping hashtags on Instagram.